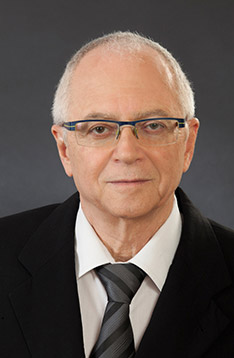 Consultant
Prof. Hemi Ben Noon is a multidisciplinary researcher on Israeli law, political science and humanities, Associate Professor at the Sha´arei Mishpat College and President of the Arbitration Federation.

He has been a member of the Israel Bar Association since 1986.

He later served as a director in public companies and was a research fellow at the International Institute for Counter-Terrorism at the Interdisciplinary Center (IDC).

Prof. Ben Noon´s research deals mainly with civil procedure, decision making in law, and various aspects of law, philosophy and society. Has serves as a consultant to the firm for two decades.

Publications
Prof. Ben Noon has written about settlement under Section 79A of the Courts Law (co-authored with Adv. Amos Gabrieli): Will the law override settlements? Critique of Section 79A of the Courts Law, 46 Hapraklit 257 (2002) [Hebrew]; Criminal and Civil Retrial – Customary Law and New Trends, 12 Hamishpat, Volume in Honor of Adi Azar 37 (2007) [Hebrew]; on the status of parties to a legal proceeding, on class actions (with Judge Tal Havkin): Should a Plaintiff be Given the Burden of Approaching the Defendant before Filing an Application to Approve a Claim as a Class Action?, Aley Mishpat12 (2014) [Hebrew]; on professional ethics (with Boaz Shnoor and Eyal Katban): Tikun Ulam: Burdening Conduct and the Court, Hamishpat 20 (Nine) 11); and on cognitive biases in law: Cognitive Bias and Judicial Decisions, Sha´arei Mishpat 177-242 (2009) [Hebrew]; The three editions of his book Civil Appeals (co-authored with Judge Tal Havkin), a large study that focuses on all aspects of a civil law appeal, is quoted extensively in Supreme Court rulings.

Prof. Ben Noon is currently co-authoring with Adv. Amos Gavrieli a paper for a volume in honor of retired Supreme Court Judge Danziger on the ethics of arbitration.