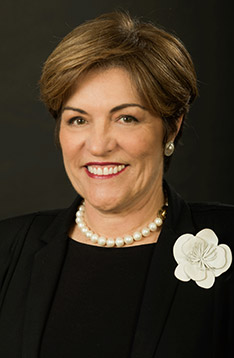 Judge (Ret.), advocate, mediator and arbitrator
Judge (Ret.) Lebhar Sharon completed her legal studies at the Law Faculty of the Hebrew University of Jerusalem and was accepted to the Israeli Bar Association in 1971. She then served in the Israeli Army at the office of the Military Judge Advocate General´s Corp., President Shamgar.

She served as Deputy President of the Netanya Magistrates Court and was one of the pioneers in integrating mediation into the Israeli legal system. She led the Court Executive Body´s first delegation to the United States to participate in a workshop on mediation under the direction of Professor Clifford Wallace, an international pioneer in the theory of mediation and a judge at the Federal Appeals Court, California.

Judge (Ret.) Lebhar Sharon served as President of the Netanya Magistrate´s Court and aswas the director of the National Department for Conflict Resolution and Management of Cases (CRMC). Within this framework, she conducted experimental projects (at the Haifa Magistrates Court) in order to reduce the large number of cases that were awaiting judgment, by using a special mediation procedure for the purpose of bringing the parties to a peaceful settlement of their conflict.  More than 90% of the cases in this program ended in a court approved settlement.

She initiated workshops on managing and optimization processes at the Lahav Executive Education School of Management at Tel Aviv University, under the guidance of Professor Boaz Ronen

Judge (Ret.) Lebhar Sharon was appointed Registrar of the Tel Aviv District Court, where she managed the civil CRMC, in charge of the assignment of case, conducting meetings aimed at settling cases and, for the first time within the Israeli court system, referred cases to out of court mediation.

In 2006, she was appointed as a Judge at the Tel Aviv District Court where she dealt with civil cases in all legal fields, including commercial law, real estate, dissolution of commercial partnerships and real estate partnerships and family law cases. She presided both as a trial court judge and as an appellate court judge. As a judge, her goal was to bring the parties to resolve all disputed matters in the quickest and most efficient way.

Judge (Ret.) Lebhar Sharon was Chairman of the Judges Representative Body of the Tel Aviv District Court. She has been an active volunteer for many years in ERAN (Emotional First Aid Hotline) and participated in many in-depth and supplemental courses in psychology and in understanding the human mental condition.

Judge (Ret.) Lebhar Sharon served as a judge for 27 years. In 2018 after retiring, she joined the firm.
She conducts mediation and arbitration proceedings, in all areas of civi law, including commercial law, real estate, contracts , partnerships´ dissolution, complex monetary claims, defamation, and more, all while using her vast experience and knowledge accumulated throughout the years to bring the parties to an effective and amicable solution of their dispute.